This evening we have author Lesley Kelly on the blog to celebrate the publication of her new book, Murder at the Music Factory! Read on to find out which books she recommends for those who'd like to know more about pandemics of the past and fictional flu.

Pandemics, epidemics, world-wide zombie apocalypses, there’s no shortage of literature examining the possibility of virally-based destruction. Factual, fictional, scientific, observational, there is a plethora of possibilities for readers wanting a fix of disease disaster. When writing my Health of Strangers series, which is set against the background of a (fictional) pandemic, I read my way through a lot of books on viruses. So, if you are looking for reading relevant to our current times, here is my guide to your options of what to read – and when.

The Metaphor: Looking for a symbolic use of disease to represent wider social ills? La Peste (The Plague) by Albert Camus is ostensibly about the impact of a plague on a French Algerian town, but has been widely read as an allegorical treatment of Nazism and resistance in occupied France. I enjoyed this so much I named one of the main characters in the Health of Strangers after La Peste’s hero, Bernard. Sales of La Peste have, not surprisingly, gone through the roof over the past few months.

It’s only flu: Long before coronavirus was a threat to our population, seasonal flu proved fatal to millions. Flu: A Social History of Influenza by Tom Quinn is a great overview of the place of this illness in our lives. Pale Rider examines a specific influenza epidemic – Spanish Flu in 1918. It was this outbreak that provided the inspiration for the Health of Strangers, and I stole the H1N1 strain as the basis for the unnamed ‘Virus’ in my books. The post-war pandemic had all the horror of the current outbreak – but without a National Health Service.

Ancient History: Although not strictly a book about pandemics, Hilary Mantel’s Wolf Hall trilogy has disease as a constant backdrop. From the death of Thomas Cromwell’s wife from ‘sweating sickness’ to the court of Henry VIII moving from town to town to avoid the plague, illness stalks the main characters, limiting their options and influencing their decisions.

Living History: It’s easy to forget, but any of us aged over forty has lived through the emergence of a novel, incurable disease. Randy Shiltz’s And the Band Played On charts the early days of the AIDS epidemic in America, when there was no cure, beautifully portraying the horror of society being unable to stop the deaths of formerly fit young men.

Criminal Intent: One of the themes in the Health of Strangers series is that new and different crimes would spring up in response to the now vulnerable population. Louise Welsh’s Plague Times trilogy is set in a Britain where most of the population has died from a virus – and crimes, both new and old, continue to occur.

Not so speculative now: A plague which wipes out most of humanity is a recurrent theme in science fiction. Oryx and Crake by Margaret Atwood is set in the aftermath of a manufactured global pandemic, looking at the experience of one man, and some not-quite human creatures. Emily St John Mantel’s Station Eleven is a wonderful book, featuring a travelling symphony who tour a North America which has been laid waste by a deadly virus. Despite the things that happen in the book, it ends on a hopeful note, and remains one of my all-time favourite reads.

Maybe later: My final suggestion, Spillover by David Quammen, examines what we know about diseases crossing the species barrier. Important, terrifying and given our current circumstances, not for the fainthearted. Put it on your wish list to be read in happier times. 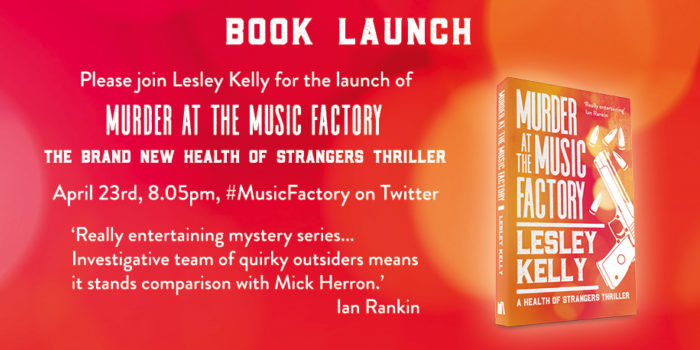