What We Did in the Dark: Book group reading guide

Though book clubs are unable to meet in person at the moment, it's been lovely to see so many reading groups finding innovative ways to get together online. Let us know how your book group has been keeping in touch, and what you've been reading, on Twitter, Facebook or Instagram

1904: Cathie longs for adventure. A whirlwind romance with soldier and artist Herbert Jackson offers this and more, but Herbert is violently jealous and she is soon fighting for her freedom – and her life. A fictionalised account of Catherine Carswell’s first marriage, What We Did in the Dark is a compelling portrait of a trail-blazing writer.

Bookshops may be closed, but you can order your copy of What We Did in the Dark from our brand new online shop. Find author Ajay Close's suggested questions for reading groups below. 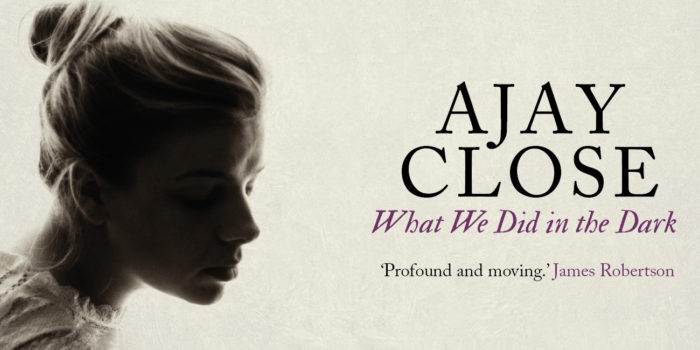 • What are your first impressions of Cathie? Does she change over the course of the novel? Do you feel more or less sympathetic towards her at different points in the story?

• “You’re so like your mother,” Phyl says to Cathie. “This aesthetic rapture you’re chasing, isn’t it just God by another name?” What does Phyl mean by this? Do you think she is right?

• “Since I remember I have more than anything else wanted to be deeply loved,” Catherine Carswell wrote in her autobiography, Lying Awake. Does “love” mean different things to different characters in the novel? Who does Cathie love? Why do you think she addresses Herbert as “you” throughout the novel? Do you think he loves Cathie?

• “Could we not have managed it differently?” Cathie says, looking back over her marriage. Is what happens inevitable? If not, who is to blame – Cathie, Herbert, Walter, Lucie, Herbert’s fellow soldiers in Africa, the British government? At what point could Herbert or Cathie have acted to alter the course of events?

• Does Herbert change as the story unfolds? How does reading his letters from Africa influence your feelings about him? Do you think he is mad? If he is, does his madness have a cause?

• “You know me better than any man alive,” Cathie says about Herbert when they’re in Italy. Is she right? Does he know her? Does she know him? Is it possible to be thoroughly familiar with a person and still not really know them?

• Cathie tells Don “When two people marry, they become unrecognisable to themselves, saying, feeling the most appalling things, behaving as they would never have done before. It’s as if you become someone else, a citizen of another land, with only one compatriot.” Do you think she is right? The novel depicts several marriages: Cathie’s and Herbert’s, Walter’s and Lucy’s, Fanny and Hop’s, Mary Dowdall’s. How do these marriages differ from each other?

• ‘How long has he been in love with you?’ Herbert asks Cathie, after meeting Don Carswell for the first time. Why does it take Cathie so long to consider Don as a potential husband?

If you read What We Did in the Dark with your book club, we'd love to hear what you thought, whether you use the reading guide or not.