On the blog: Dan Brotzel on hermit crabs and storytelling

Hermit-crab stories, or borrowed forms, are stories made from found verbal structures such as a shopping list or board game rules or FAQs or even a penalty charge notice. For example, in my debut collection of short stories, Hotel du Jack, you’ll find an odd ghost story told as a neighbourhood forum thread, a reflection on #metoo in the form of minutes from a board meeting, and a meditation on grief in the form of a dishwasher glossary. Another story for the collection, ‘Active and passive voice’, which recently received a Pushchart nomination, dissects a flawed relationship through the structure of a grammar lesson. 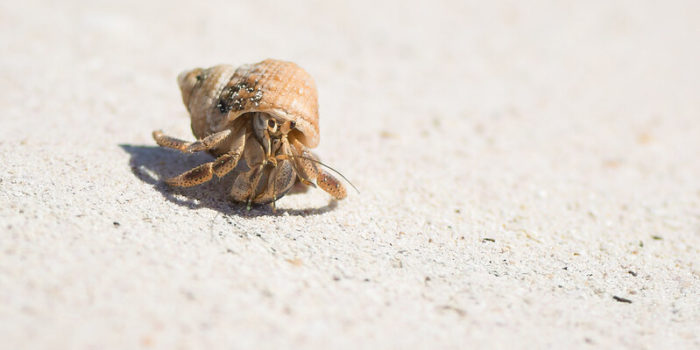 In writing these pieces, I tend to follow a similar process. Identify a verbal template that’s easily recognisable from daily life, preferably something that’s deeply non-literary (a user manual, a recipe, a set of instructions, a product recall notification). Use it to tell an incongruous story, perhaps of grief or heartbreak or madness, while always respecting the constraints of the format.

I’ve found that the stories tend to work best when you allow the template to just do its thing, and follow the results. At the outset I knew that ‘Our Special Name for Things’ (the dishwasher glossary) would be about conjugal domestic bliss, for example, but I did not know it would be about grief. I knew that ‘Penalty Charge Notice’ would deal with some sort of car-based emotional saga, but not the gory details. A grammar lesson on ‘Active and Passive Voice’ lent itself neatly to an examination of crap boyfriends, but again the ending surprised me.

At other times, the format provided the story almost ready-made. ‘Who is my neighbour?’ came from my exploration of a neighbourhood forum site, with its highly entertaining mix of prurience, small-mindedness, moral concern, thinly-disguised intolerance and requests for plumber details. A post title came to mind – ‘Can anyone recommend an exorcist? – and things degenerated nicely from there. My Mummy is… was written – out of a sense of profound inadequacy – just after I’d read a book with my 5-year-old son at school entitled My Daddy is a Firefighter. Your Daily Horror-scope proceeded directly from the pun of the title. And what could a fictional board game be about if not ‘Sibling Rivalry’?

Sometimes I had the story but had to wait for the template to come. Kings Cross Examination was one such. Other times I had the template but had to wait for the story, as was the case with ‘Product Recall Notification’, another story from Hotel du Jack. Sometimes the story took over from the template, as with ‘Lord in Your Mercy’, where prayers of petition – originally intended to tell the whole story – ended up as ironic counterpoint to the unfolding narrative.

I’ve worked for many years in digital content marketing, where the idea of telling stories using set structures (FAQs, A-Zs, listicles, Top tips explainers, and all the rest) is well established. But I knew about templated stories from fiction too – Updike, for example, wrote stories in the form of committee minutes, a board game, maths problems and more. The appropriation of templates works especially well in flash fiction, which abounds in tales using unusual structures: postcards, till receipts, dictionary definitions, wills, recipes, wishlists, letters to the editor, ‘fairy godmother protocols’ and more. One of my favourites is the extraordinary LIFECOLOR INDOOR LATEX PAINTS® – WHITES AND REDS by Kristen Ploetz, which manages to condense an entire life into a trio of paint palettes.

I also came across a wonderful anthology, The Shell Game, edited by Kim Adrian, which examines this format-stealing genre as a vehicle for creative nonfiction. Terms Adrian uses for this practice of writing about one thing in the style of another include ‘hermit crab essays’ and ‘borrowed forms’ (a term first attributed to Tell it Slant, a memoir-writing primer by Brenda Miller and Suzanne Paola), along with ‘readymades’, ‘appropriated forms’ and received forms’. Each of these terms has its appeal but I’ve always liked the phrase ‘set pieces’ best, because for me it sums up what I was trying to do each time: to meet the challenge of finding a story within the unbending constraints of a ritualised verbal form. 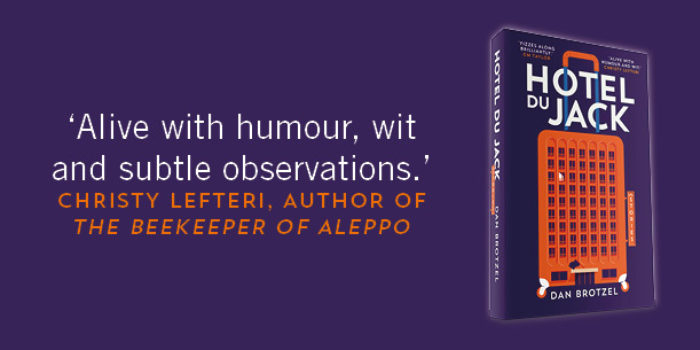 It will be seen from the abridged list above that many of the forms I have used for my stories are not especially original. But then, in the age of the internet, when even our first best thoughts turn out to be well-trodden memes, what does original even mean any more? In any case, unoriginality is actually part of the game here: if a story succeeds, it’s often because it milks something fresh from a time-worm template that is as familiar to us (and as overlooked) as the copy on the back of a cereal packet or that boring bit of folded-up paper in the pill packet that lists all the possible side effects.

There’s clearly a danger with this kind of the story that the effect could feel too contrived, or become a mere exercise in parody. I have thought hard about this and done my best to weed out any pieces that creak too much with that shrill authorial ‘see what I did there?’ To those who still feel the force of this objection, I can only say that you have been saved from far worse: my secondary school appeals letter, my office handover memo, my meta-listicle and my macabre babysitter instructions. For the time being at least.