On the blog: Moira Forsyth on gifts for the novelist

Some major life events are a gift to the novelist; weddings and funerals come to mind immediately. Funerals are ideal. The mysterious mourner turning up (a former mistress, an unacknowledged son, the murderer?), the reading of the will, the graveside drama – endless possibilities.

Another source of rich material is Christmas, especially if, like me, you write a lot about families. Could there be a better opportunity to generate conflict and create a crisis? People come to weddings and funerals united by a common purpose and – more or less – similar emotions. No such assumption can be made about Christmas, when too many of us are dragooned or guilt-tripped into spending far more time than they would ever choose with relatives, their own or other people’s. It’s also a wonderful opportunity to set up expectations and then lay bare how far short of them we fall. Dickens’ Christmas Carol is a superb example: Scrooge despises festive cheer, and only the terror struck in his icy heart by three ghosts has the power to move him – eventually – to pity and to warmer feelings.

One Christmas I woke from a dream that the turkey I’d put away carefully in the chill of the summerhouse (safe from my cats) came horrifically back to life, bald and footless, with awful reproach. In the kitchen, before anyone else woke up, as I realised this was too good to waste, I wrote the opening paragraph of Tell Me Where You Are.

Frances is preparing for a family Christmas with her sons, her parents and sister Gillian. Then she gets a phone call from her long-divorced husband Alec, who ran off with her other sister Susan thirteen years ago. She has not seen Susan since. Alec wants to bring Susan’s daughter, now a truculent fourteen year old, for Frances to look after ‘for a while’. He’s at his wits’ end, as Susan has disappeared. Frances says no, of course not, but Alec comes anyway, bringing Kate. Cue Christmas from hell.

The wonderful advantage of Christmas in a novel is you can introduce several important characters at once and make them rapidly familiar to the reader. You can also sow the seeds of future drama or mystery. The more I think about it, the more I wonder that Christmas isn’t an essential part of most novels! 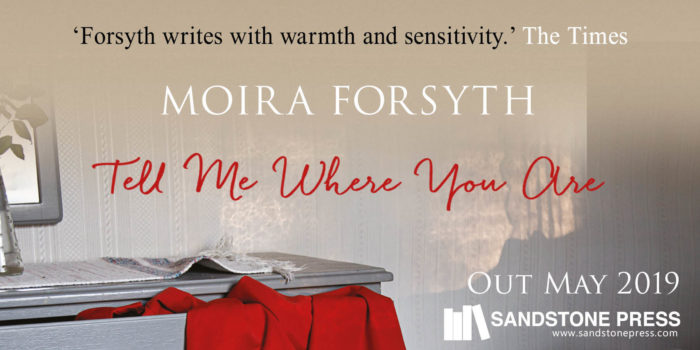