Tey cared less about clues than about characters, less about logical puzzles than puzzles of human nature. 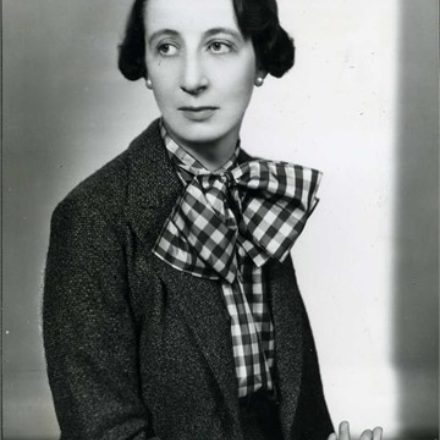 Mention the name Josephine Tey to a reader of detective novels, and you may be told she is in the same class as Agatha Christie—although the novels of Tey (1896–1952) are nothing like her contemporary’s plot-driven whodunits. Mention her name to a historian, though, and you may get a discussion of one particular novel, “The Daughter of Time,” Tey’s exhilarating critique of the historical profession, which too often has relied on the words of the victorious, like those of Henry VII and his Tudor dynasty, which vilified Richard III. Never mind that Tey’s defense of the Yorkist ruler was almost certainly wrong; her brilliant dramatization of historical method led the British Crime Writers Association, in 1990, to select the 1951 book as the greatest mystery novel of all time.

Tey cared less about clues and puzzles than about characters and the parameters of human nature. The core of her achievement consists of six mysteries she wrote about detective Alan Grant—“The Man in the Queue” (1929), “A Shilling for Candles” (1936), “The Franchise Affair” (1948), “To Love and Be Wise” (1950), “The Daughter of Time” and “The Singing Sands" (1952). Grant is nothing like the hardboiled heroes of Dashiell Hammett’s and Raymond Chandler’s novels, or like the gentleman sleuths that people theDorothy Sayers school. He is not an intellectual, but he is a profound skeptic. In “The Daughter of Time,” he takes one look at a portrait of Richard III and sees a complex human being who has been traduced by Sir Thomas More and Shakespeare. More, on whom Shakespeare relied, was simply passing on Tudor propaganda, as Grant learns after he employs an aggressive American researcher, Brent Carradine, who discovers a lively set of revisionist biographies rehabilitating the crookback king. What you get in Tey is a moving and profound exploration of human psychology, of what it means to be human, attuned to mankind’s troubles yet making the world a better place at great personal cost. 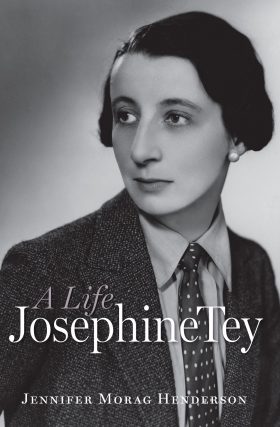 Because Tey had no interest in self-promotion, rarely granting interviews and sitting for few author’s photographs, her mystique has become almost as great as Shakespeare’s. Indeed a few years ago, one of my university colleagues, steeped in Tey’s work, was certain the author was actually a man. Details about Tey’s life are so scarce that it has been generally supposed no biography could be written.

Fortunately Jennifer Morag Henderson’s effort rivals Alan Grant’s detective work, and in “Josephine Tey: A Life” she presents a convincing account of a 20th-century literary giant. Tey (actually the Scottish-born Elizabeth MacKintosh) may have wanted to protect her privacy, but she was a woman of the world, enjoying friendships with John Gielgud and other luminaries of the London stage. In fact, writing under yet another pseudonym, she made Gielgud a star in her play “Richard of Bordeaux,” one of several dramas that made the name Gordon Daviot famous in Britain between the two world wars. The celebrity of “Josephine Tey” would only eclipse Daviot’s after World War II, when MacKintosh became immersed in the riveting world of Alan Grant.

MacKintosh used pseudonyms because she rejected the romantic notion of associating the writer with the work. She wanted the work, in other words, to justify itself. And though she maintained a few intimate friendships in London, she lived with her father in Inverness, taking care of him while writing steadily, even as she did the housework with relatively little help. MacKintosh remained aloof not only from the cosmopolis but also from her neighbors, who saw her mainly as the dutiful daughter of her fruiterer father.


Because MacKintosh never married and consorted with actresses, some suspected she was a lesbian. Such was not the case, Ms. Henderson shows, describing a polite but firm rejection letter MacKintosh (signing herself with her playwright’s name) wrote to an actress who very much wanted to initiate an affair. It seems likely that MacKintosh did fall in love twice: once with a soldier killed in World War I, and once with a poet who died of tuberculosis after the war (and whose work she quotes in one of her novels). One of the great achievements of this biography is Ms. Henderson’s demonstration that her subject led a deeper romantic life than had been supposed.

MacKintosh also had a powerful connection to her father, who instilled a love of reading in her and who was bereft when his wife died young. Elizabeth—or Beth, as she was known to her family—took up her mother’s role when her two sisters, far from home and with their own work and responsibilities, proved unable to assist. The relationship between father and daughter was not always easy, but in Ms. Henderson’s account, this was the life Beth chose. And had MacKintosh not died of liver cancer at 55, the rest of her life could have been quite different, Ms. Henderson suggests. 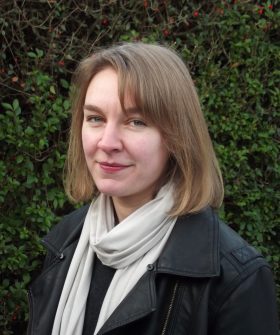 The biographer reveals the moving story of Elizabeth MacKintosh’s life with tact and superior investigative tenacity. She has checked archives and census records, searched old newspapers, and critically examined memoirs. Sometimes Ms. Henderson tries too hard, splattering her narrative with what “must have been.” I wish she wouldn’t try to force such conclusions. There is simply still too much we do not know about the woman who became Josephine Tey.

Jennifer Morag Henderson will be in conversation with Val McDermid at Bloody Scotland on the 10th of September. Details and tickets can be found here.