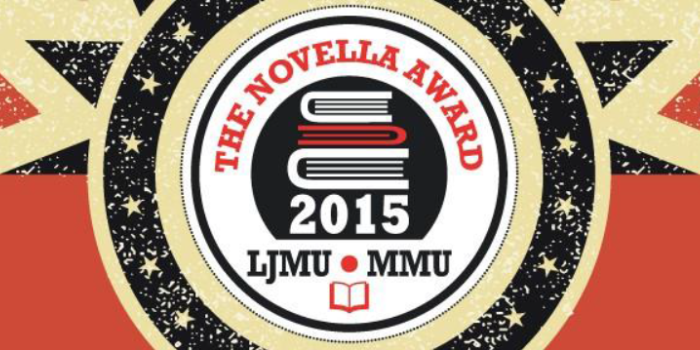 Ranging from tales of wartime woe to contemporary self-discovery, The Novella Award uncovers unpublished gems from the UK and beyond The shortlist for 2nd annual Novella Award uncovers a wide scope of unpublished novellas from across the UK and beyond. Launched in 2014, The Novella Award aims to find a short novel to rival Hemingway’s The Old Man and the Sea or Burgess's A Clockwork Orange. It is awarded to a previously unpublished work of fiction, between 20,000-40,000 words in length. This year’s shortlist covers a range of themes from forgiveness and coming of age to self-destruction and secrets. The settings and genres of the novellas are just as varied: from Oxford in World War 1 to post-apartheid South Africa and the gritty, contemporary backdrops of Manchester and the Cleveland Stockyards. This year boasts a critically acclaimed list of international writers, including a previous winner and shortlistees of the British Science Fiction Award, Shirley Jackson Award and Bridport and Fish Short Story Competitions.


The shortlist for this year is:

The Harlequin by Nina Allan

The Year of the Horse by Zoë Ranson

Mistakes by the Lake by Brian Petkash

When It Was Raining by Kevin Parry

In Wolf Village by Penny Simpson

Award judge Alison Moore, award winning author of The Lighthouse and He Wants, says “As a writer, I know from my own experience what vital opportunities competitions can be, and as a reader, and with my judge's hat on, I'm seeing some very exciting work here. I've been reading through the shortlisted novellas with great interest. I'm looking forward to selecting the winner with Nick.”

Robert says, “We’ve been bowled over by the level of interest the Award has generated this year. Entries have come in from around the world, and the range of subject matter and voices, together with the high standard of the manuscripts we’ve received have left the Novella Award team a little awe-struck.”

More on the Shortlist 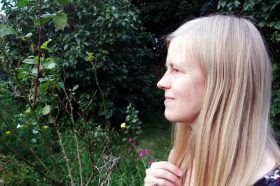 The Harlequin by Nina Allan

Dennis Beaumont drove an ambulance in World War One. He returns home to London, hoping to pick up his studies at Oxford and rediscover the love he once felt for his fiancée Lucy. But nothing is as it once was. Mentally scarred by his experiences in the trenches, Beaumont finds himself wandering further into darkness. What really happened to the injured soldier he tried to save? Who is the figure that lurks in the shadows? How much do they know of Beaumont, and the secrets he keeps?

Nina Allan lives in North Devon and is a previous winner of the British Science Fiction Award in 2014 with her novella Spin. In the same year, her second novella The Gateway was shortlisted for the Shirley Jackson Award/Prize. Her debut novel The Race was shortlisted for the Kitschies Red Tentacle, The British Science Fiction Award and the John W. Campbell Memorial Award in 2015. 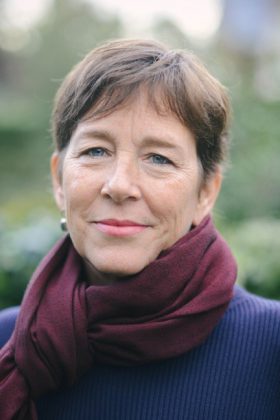 Motherland tells the story of an elderly German woman forced to face her past. It explores questions of love and guilt with respect to family members who came of age during the Third Reich, and the weight of the Nazi past on ordinary German families seventy years after the end of the Second World War. At its heart, the novella asks us to imagine our own response to such a dictatorship, and the possibility of loving those who participated in its crimes.

Alix Christie is a journalist and writer who published her debut novel in 2014. A dual citizen of the United States and Canada, she earned a Masters of Fine Arts from St. Mary's College of California and has won the McGinnis-Ritchie Award for Fiction from the Southwest Review. A long time foreign correspondent, she has reported for the Guardian, San Francisco Chronicle, Salon.com, Washington Post and many other publications. She currently lives in London, where she reviews books and arts for The Economist. 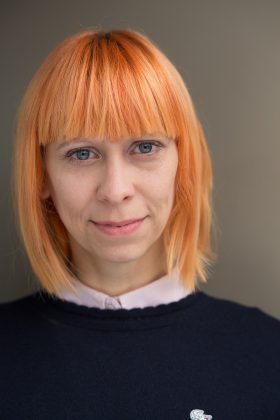 The Year of the Horse by Zoë Ranson

When Eli's boyfriend assaults a girl on the nightbus, she is stirred to wake up from her stupor and examine what the hell is happening with her life. She moves back in with old friend/ringleader of the tormentors, Imogen and they quickly fall back into their old habits of self-abuse. A black comedy looking at the precariousness of female friendship and how to work through the weird shit life throws at you and survive.


Zoë Ranson is a writer, actor and alt-rock fanatic from Hackney. Her short fiction has been published on Writers Hub and The Feminist Jumble Sale and an extract from her novel, Spectres on Hove Lawns, was shortlisted for the 2015 Myriad Editions fiction prize. She’s a writing mentor at Ministry of Stories and an enthusiastic tap dancer. 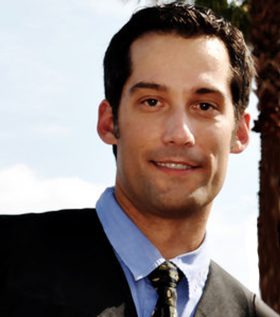 Mistakes by the Lake by Brian Petkash

In a modern reinvention of Shakespeare’s Henry IV, set in the down-and-out Stockyards of Cleveland, nineteen-year-old Hal Boland is at a crossroads: continue his life of low-level bumbling crime and follow in the inept footsteps of his imprisoned father, the self-proclaimed King of the Yards; or grow up and uncover legit ways to care for his mom and his transgender gramps. Hal is aided, or led astray, by his former teacher Fal, the memory of his dead sister, and a host of weird characters. A modern, gritty, and wacky spin on a wayward young man’s foray into adulthood.

Brian Petkash was born and raised in Cleveland, Ohio and graduated from the University of Tampa with an MFA in creative writing. Brian works as a marketing professional and a high school teacher of literature and creative writing. His work has appeared in El Portal, Southword Journal, and Midwestern Gothic. 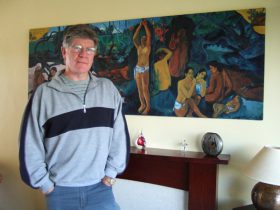 When It Was Raining by Kevin Parry

Twelve year old Lindiwe lives with her great-uncle and aunt in post-Apartheid South Africa. Her mother disappeared during the Apartheid years and Lindiwe visits a small grave she has made herself to talk to her. When a white man from the family's past comes to visit, memories are reopened, and at the same time Lindiwe's great-uncle is summoned to a Truth and Reconciliation hearing to learn what happened to his niece. The story examines the nature of forgiveness and whether it is possible to overcome past hatreds.

Kevin Parry was born in Umtata, South Africa and has lived in England since 1979. Educated at various universities in both countries, he formerly worked in retail but now writes full time. He has won a number of prizes including the Bridport and Fish short story competitions and his stories have been published in anthologies. 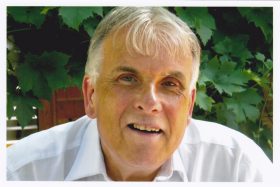 Thomas Grenadian Henderson Bray, is trying to find his feet in the Midlands when a letter arrives that fills his head again with thoughts of Grenada. Memories are reawakened of his school friend, Esp, whose ambition was to rock the world, Headey, the devilish teacher whose darkness engulfed the boy and La Galaxie Bleue, the swankiest hotel on the island, and the theatre of Esp’s downfall.

Michael Wyndham Thomas lived in Canada for many years. He is a poet and fiction writer and his work has appeared in Pennine Platform and Poetry Salzburg Review, among others. He also writes and reviews for Under The Radar, The Journal of American Haiku (Toronto), The London Magazine and the TLS. Since 2004, Michael has been poet-in-residence at the annual Robert Frost Poetry Festival, Florida. Michael now lives in Worcestershire, where he and his wife manage a hotel franchise for two cats. 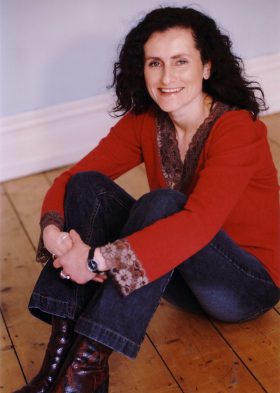 In Wolf Village by Penny Simpson

Featuring themes of betrayal, loss and re-invention of self, In Wolf Village examines the forging of friendships and the making of maps. Photographer Meret Poesy has spent her working life documenting Pryzgodda's struggle for independence. An emerging nation-state, it remains a divided country, under fragile protection from the international community. The murder of a French national in the disputed borderlands puts her back on the frontline, alongside Egor Kovac, the controversial Deputy President, and Welsh cartographer, Horatio Crabtree. Beneath the surface of things, a terrible secret lies, a secret hidden in a dead man's map.

Penny Simpson completed an MA in the Theory and Practice of Human Rights in 2014 and now divides her time between further academic studies and prose. She has published two novels, The Banquet of Esther Rosenbaum and The Deer Wedding, and one collection of short stories. She has been the recipient of an Arts Council of Wales New Writers' Bursary, an Arts Council Travel Bursary and a Hawthornden Fellowship. Her short fiction has appeared in anthologies from Bloomsbury, Virago, Parthian and Dalkey Archive Press amongst others. She is currently working on a new collection of short stories.

About the Novella Award

Launched in 2014, The Novella Award aims to find a short novel to rival Hemingway’s The Old Man and the Sea or Burgess's A Clockwork Orange. It is awarded to a previously unpublished work of fiction, between 20,000-40,000 words in length.

The venture is a partnership between the Screen School of Liverpool John Moores University and Manchester Metropolitan University’s Department of Contemporary Arts, who originally established The Novella Award. Sandstone Press, Time to Read, and NAWE are all partners of the award and work alongside it to encourage the publication of new writing.

The winning novella will receive a £1,000 cash prize and publication by award-winning Scottish independent publisher Sandstone Press. The runner-up is awarded £500 and a reader’s report.

Last year’s winner was James Edgecombe for his novella The Art of Kozu which was published by Sandstone Press as part of the prize. It can be purchased in paperback or e-book format.

Why have MMU and LJMU set up this prize?

“[The novella is] the beautiful daughter of a rambling, bloated, ill-shaven giant” – Ian McEwan, New Yorker, 2012.

Robert Graham, Director of The Novella Prize, says his thinking in devising the prize was that publishers have a tendency to equate length with quality or commercial appeal. As a result, there are arguably too many bloated novels around. Short stories are obviously short, but most short stories aren’t going to take more than an hour to read. However, since readers generally want to be immersed in the world of a story for longer than that, it’s possible that the novella has the virtues of novel and short story without the shortcomings of either. So what is a novella anyway? There isn’t a hard and fast definition but Richard Ford’s view is helpful: “When a writer approaches the 20,000-word mark, he knows he’s edging out of the country of the short story; likewise when he passes the 40,000-word mark, he’s edging into the country of the novel.”

What makes the novella special is that it’s distilled, although much less so than a short story, but offers hours (rather than weeks) of immersive reading, which is appealing in our time-poor society. Less is more is one of the great writers’ maxims, and in the case of the finest novellas it’s true.