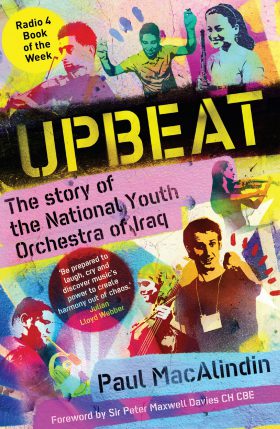 Upbeat
The Story of the National Youth Orchestra of Iraq

The story of the National Youth Orchestra of Iraq is here told by its musical director from its inception to its eventual end. The NYOI came through the most difficult and dangerous of times to produce fine music not only in Iraq but also in Britain, Germany and France. A beacon of hope and achievement the young musicians and their tutors made bridges across their own ethnic divisions, made great music in the most trying and tragic of circumstances, and became their country’s best ambassadors in 5000 years. 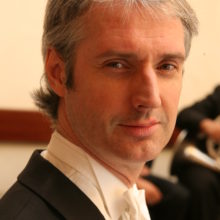 Paul MacAlindin discovered from an early age that he loved being an artist leading artists. As a musician, dancer and all-round performer, he found his voice through conducting, a passionate journey...

‘‘The great adventure of the National Youth Orchestra of Iraq deserves not only to be recorded for posterity but also to serve as an example of how the essential can survive catastrophe.’’
-Sir Peter Maxwell Davies

‘‘Be prepared to laugh, cry and - above all – to discover music’s power to overcome seemingly irreconcilable differences and create harmony out of chaos.’’
-Julian Lloyd Webber

‘‘An amazing and deeply inspiring story. ’’
-Book of the Month (August 2016), The Bookseller

‘‘Upbeat is an eloquently-written, moving and sometimes funny book. Its title, taken from the gesture that conductors make to indicate the beat that leads into a new bar of music, is symbolic of change and progress. It also describes the mindset that was often required of MacAlindin and his team in testing circumstances. ’’
-The National (UAE)

‘‘...one of the most unlikely, and genuinely heroic, stories you’re ever likely to read.’’
-The Spectator

‘‘Upbeat serves as an inspiring and insightful guide towards understanding a land too long dominated by war and violence.’’
-The Express

‘Informative and enlightening Upbeat is the story of an incredible journey...’
-The Wee Review

‘Paul Macalindin’s book is an engrossing read, cover to cover, that enlarges our understanding of this troubled region. Above all it is a tribute to those brave young musicians that came together as the NYOI.’
-The Classical Reviewer