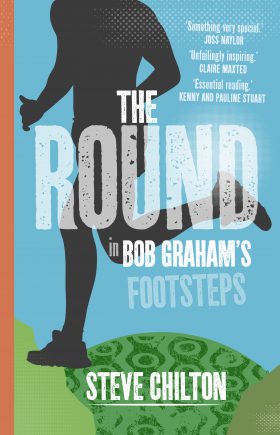 The Round
In Bob Graham's Footsteps

SHORTLISTED FOR THE TGO AWARDS OUTDOOR BOOK OF THE YEAR 2015

The Round is not only a history of the Bob Graham Round, but also an exploration of the what, why and how of this classic fell endurance challenge. After covering the genesis of the BGR in detail, it documents its development from a more-or-less idle challenge to its present status as a rite of passage for endurance runners. Interspersed with this detail of the round are extensive profiles of many of the event’s most significant individuals: innovators, record setters, recorders and supporters. Some links to resources for potential BGR completers are be included. The Round is emphatically NOT a ‘how to’ guide, but it IS a terrific follow up to Steve Chilton’s hugely popular first book, It’s a Hill, Get Over It. 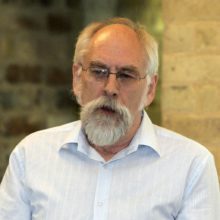 Steve Chilton is a committed runner and qualified athletics coach with considerable experience of fell running and a marathon personal best of 2-34-53. He is a long-time member of the Fell Runners...

‘The author has completed a very worthy edition to add to the published fell running category. I enjoyed the book as a historical reference, a source of wry amusement, a reminder of yesteryear while encapsulating the spirit of long distance fell running challenges in the Lake District.’
-The Fellrunner Magazine

‘We found this book to be an informative and interesting read, and feel it will become a valuable historical addition to the small library of previously published books on fell running and endurance.’
-Kenny and Pauline Stuart

‘One of the best reads ever of this exclusive club… very special.’
-Joss Naylor

‘There is something legendary about the Bob Graham Round. Steve Chilton has interviewed the men, and the women, people of rare determination and doggedness, as well as extraordinary fitness, who have completed the Round.’
-Steve Matthews

‘Steve Chilton writes with authority, documenting the development of the Round from a more-or-less idle challenge to its present status. There are extensive profiles of many of the challenge's most significant individuals: innovators, record setters, recorders and supporters.’
-The Westmorland Gazette

‘Steve Chilton’s book, subtitled in Bob Graham’s Footsteps, is a carefully researched and fact-packed examination of the run-up to the first and subsequent Bob Graham Round, further attempts at beating Graham’s record and the extension by various runners of the number of Lakeland fells that can be summited in 24 hours.’
-The Grough