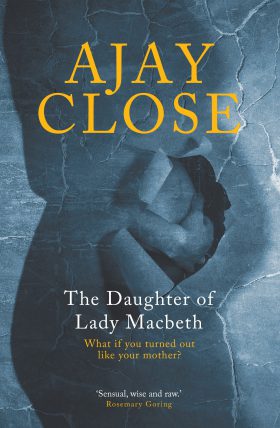 The Daughter of Lady Macbeth

Freya and Frankie’s longing for a baby has put their marriage under strain. IVF is their last hope – but how do you bring a child into the world if you don’t know who you are? Freya’s mother Lilias (an actress on and off stage) will tell her nothing about her father, not even his name.

When Freya signs on at a fertility clinic, she discovers a new capacity for deception in herself, while Lilias is forced to confront the limits of pretence. As the lies and secrets unravel, it seems mother and daughter have more in common than either of them suspects. 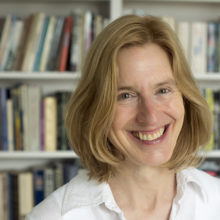 Born in Sheffield, Ajay Close worked as a newspaper journalist, winning several awards, before becoming a full-time author and playwright. Her first novel, Official and Doubtful, was longlisted for...

‘Sensual, wise and raw, The Daughter of Lady Macbeth gets to the heart of what it means to be a mother, or wish you were.’
-Rosemary Goring

‘Through her engaging writing, Close manages to get under the skin of her characters and the reader becomes caught up in their story. Their pain springs off the page, as each woman confronts the demons from her youth. A gripping read about redemption, love, and self-discovery.’
-The Lady

‘As befitting something which references one of Shakespeare's darkest female characters, The Daughter of Lady Macbeth has a shocking, violent and mysterious opening. Both timelines will keep you guessing.’
-Stylist Magazine

‘The Daughter of Lady Macbeth is an honest and often relentless exploration of relationships, identities and the friction between them.’
-The Scottish Review

‘Close’s handling of her themes is exceptional... It’s an appropriately visceral setting for a sensual novel which delves deep into the complex and dangerous relationship between mothers and daughters, in which tenderness and toxicity are laced together in an eternal braid.’
-The Herald

‘Close is exploring important matters; nature and artifice, mothers and daughters, husbands and wives, loyalty and betrayal. Her prose, as usual, is beautifully polished but this is her most emotional novel to date and is partly inspired by her own experiences. As a picture of a marriage crumbling under pressure it is melancholy and all too genuine.’
-Book Oxygen

‘...has a raw, desperate quality which strikes at the very heart of human frailty. ’
-Undiscovered Scotland

‘The writing is memorable, and at times displays a sensuality in the descriptions which will bring you to tears.’
-Scots Whay Hae