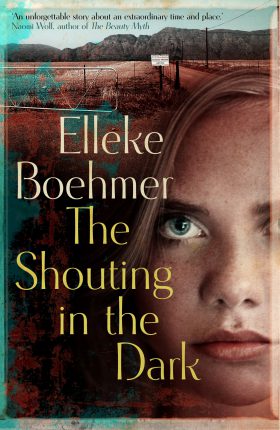 The Shouting in the Dark

Late at night Ella watches her elderly father on the verandah, raging at the African sky. Caught between her mother's mysterious grief and her father's shattering wartime experiences, between the Holland of their past and apartheid South Africa, Ella fights hard to make it through her childhood in one piece. Her one enchantment is her forbidden love for the teenage gardener, Phineas. Years later, as an activist seeking political refuge in the Netherlands, Ella discovers her father never registered her birth. Now she must confront her father's ghosts, and create a new future for herself. 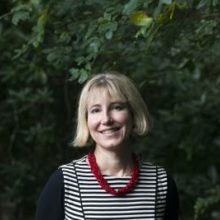 Elleke Boehmer is the author of Screens against the Sky (short-listed David Hyam Prize, 1990), Bloodlines (shortlisted SANLAM prize), and Nile Baby (2008), and also the short-story collection...

‘The story, as disturbing as it is enthralling, of a girl's struggle to emerge from under the dead weight of her father's oppression while at the same time searching for a secure footing in the moral chaos of South Africa of the apartheid era.’
-JM Coetzee

‘Buried in a dense and unsettling book that’s just been published – Elleke Boehmer’s The Shouting in the Dark, about a deeply troubled family from the Netherlands living in South Africa.’
-Ashley Davies, The Scotsman

‘An outstanding study of a deeply troubled family against the backdrop of political change, and one girl's resilience in the face of ugly, sharp-edged obstacles.’
-The Scotland on Sunday

‘Recent books and plays have dealt with the suppression of young women’s voices: Boehmer’s own recent novel The Shouting in the Dark narrates the inner life of a young woman in South Africa in the 1970s – and shows how abuse breaks such a voice.’
-Naomi Wolf, The Guardian

‘This moving story is not to be missed either as a glimpse into the political chaos of Apartheid South Africa or as a beautifully rendered portrait of a childhood deprived of love or comfort. Astounding.’
-Book Trust

‘ 'The author captures, with subtle and haunting descriptive prose, the blossoming young woman and her infatuation with the teenage gardener, Phineas.'’
-Business Day

‘'An unsettling and moving father and daughter novel set against the backdrop of Apartheid. Captures the child's struggle for expression and survival very effectively.'’
-TROUW