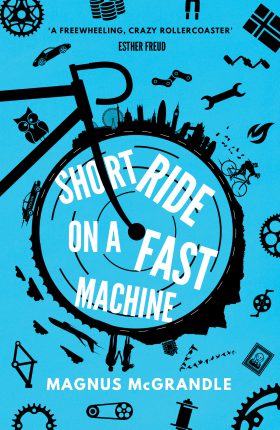 Short Ride on a Fast Machine

Short Ride on A Fast Machine is a quirky and engaging caper, the story of a young cycle courier from London who goes on an improbable journey to Norway, to pick up a stuffed owl for a mysterious client. For his oddest job to date, Sam enlists the help of his friend and fellow courier Poyntz. But as they make their haphazard journey to Mr Sorensen’s mountain hut, its owner is attracting the attention of the Norwegian police. Have Sam and Poyntz become unlikely accomplices in one of the biggest crimes in the country’s history? 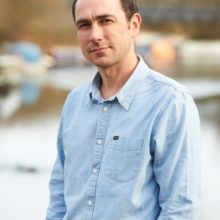 Magnus McGrandle studied English at Durham and Latin American Politics at London University, and has worked as a journalist ever since. He began his career at Channel Four and was an investigations...

‘A freewheeling, off road, crazy rollercoaster of an adventure, funny and heartbreaking by turns. This has the making of a cult novel.’
-Esther Freud

‘McGrandle has pulled off the seemingly impossible task of weaving a contemporary, hip fiction out of the fusty old love of the bike.’
-Ned Boulting