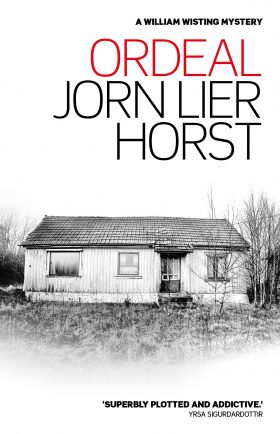 Together with her one year old daughter Maja, single mother Sofie Lund moves into the house she inherited from her grandfather. Sofie has such painful memories that she has had every trace of the old man removed, every trace but a locked safe that has been bolted to the basement floor. Inside the safe, Sofie finds something shocking that will also become crucial evidence in a case that has plagued Inspector William Wisting for a long time. To follow this lead though, he must cut across important loyalties and undermine confidence in the police force. 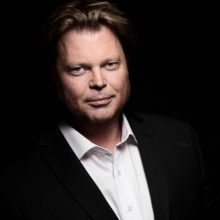 ‘Horst’s novels are solid, satisfying police procedurals, offering an insider’s view of the tensions between detectives and bureaucrats who want results at any cost.’
-The Sunday Times

‘Lier Horst’s books are always an excellent mix of police procedural and character study which give them a special place in Scandinavian crime fiction.’
-Crime Pieces

‘Horst writes some of the best Scandinavian crime fiction available. His books are superbly plotted and addictive, the characters superbly realised. Ordeal kept me engaged to the end and I cannot wait for the next.’
-Yrsa Sigurdardottir

‘I really like Chief Inspector William Wisting... In Ordeal he leads us through a complex and intriguing investigation into Norway’s underworld in a masterpiece of storytelling.’
-Lin Anderson

‘There is an air of authenticity that striates this gripping narrative...The run-up to the final resolution is absolutely gripping.’
-Shots Magazine

‘A pleasure to read, the characters and situations are completely believable and I would not hesitate to recommend it.’
-Live and Deadly

‘Lier Horst has delivered a masterclass in ingenious plot construction and this is intelligent crime fiction which leaves you pondering.. Simply stunning and highly recommended.’
-My Reading Corner

‘The mystery element is expertly done, Ordeal is light on action, heavy on authenticity, a quietly addictive read that keeps you turning those pages.’
-Liz Loves Books

‘I’m definitely looking forward to reading the rest of the English translated versions of these books and hoping more books get translated in the meantime.’
-Day Dreamer Thoughts

‘Beautifully told, engaging and a damn fine crime story which does not need to resort to extreme over-the-top action sequences to keep the reader’s attention.’
-Grab This Book