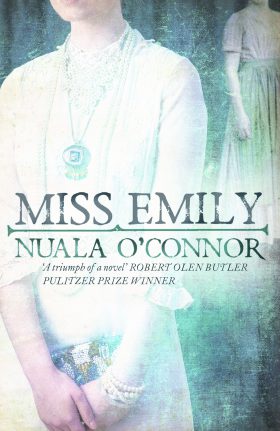 Shortlisted for The Eason Book Club Novel of the Year 2016

Longlisted for the M.M Bennetts Award for Historical Fiction 2015

The Dickinson household is saved from domestic chaos with the arrival of Ada Concannon, a "neat little Irish person, fresh off the boat". Amherst in the 1800's is a pastoral environment for the homesick young maid who finds in the gifted middle child, Emily, a fellow feeling; they were born on the same day, they share a sense of mischief and a love of baking. Emily's fledgling poetry and passion for words is her true vocation but as it begins to dominate her mind, she retreats from the small world around her and enters her infamous White Phase. The friendship that forms between the two women is tested when Ada's personal safety and reputation is violated and Emily finds herself tasked with defending her maid against her own family and those she loves, with shocking consequences. 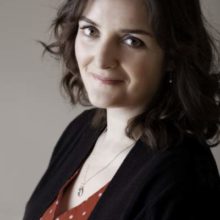 Nuala O'Connor was born in Dublin in 1970 and lives in East Galway with her family. She is a well-regarded short story writer and novelist in her native Ireland. Please see her website for more...

‘A beautifully-constructed novel that charts the relationship between Dickinson and an Irish maid, Amy Concannon. As compelling as it is lyrical.’
-New European

‘O’Connor movingly describes the poet’s need to put the soul’s secret stirrings into words… This charming novel, full of baking aromas and household hints…returns, towards the end, to a lovely, untamed buoyancy through Emily’s poetic vision of hope.” ’
-The Sunday Times

‘O’Connor brings one of America’s most beloved poets to life. [She] is a gifted writer; not only does she bring a believable sense of poetry (clay is “deathly cool around my fingers”) and self-assurance to Emily, she is also capable of conveying complex feeling succinctly, a talent shared by her historical heroine. This novel has the possibility of being a book club juggernaut.’
-Starred review, Publishers Weekly

‘“A satisfying and enjoyable read from one of Ireland's more unsung talents, who deserves to make the step to a much wider readership.’
-The Irish Independent

‘O’Connor’s novel is both sensitive and realistic, romantic yet also psychologically profound.’
-The Independent

‘Secrets will always out. In the same way as Emily Dickenson’s poems were once the best kept secret in Massachusetts, Nuala O’Connor’s luminous prose has long been one of Ireland’s most treasured literary secrets. Now through her superb evocation of 19th century Amherst, an international audience is likely to be held rapt by the sparse lyricism and exactitude of O’Connor’s writing. ’
-Dermot Bolger

‘Like a Dickinson poem, Miss Emily seems at first a simple story of friendship, but gradually reveals itself as a profound meditation on the human condition. O’Connor accomplishes this unfolding, just as Dickinson did, with her exquisite use of language. ’
-Charlie Lovett, author of The Bookman’s Tale

‘[Miss Emily] pulls us in from its first limpid lines and then detonates with an explosion of power — much like Emily Dickinson’s poems.’
-Heller McAlpin, Washington Post

‘O’Connor’s first novel published [in the US] beautifully and convincingly evokes the startling, luminous world captured in Dickinson’s poems in the alternating voices of Emily and Ada, who share a passionate nature at odds with proper Amherst society.’
-John G. Matthews, Library Journal

‘Overall Miss Emily is the success that it is because it works on these different levels. It is a beautifully realised meditation on Dickinson and the creative process. It is also entirely successful viewed simply as a romantic literary page-turner of the highest order, and is certainly worth buying for this quality alone. But above all it is a poetic, socially conscious novel about female empowerment that has important things to say about how we, as human beings, treat one another.’
-Wales Art Review

‘The writing is terrific, full of haunting, memorable phrases.’
-Ireland's Own

‘A beautifully written story about the reclusive poet...O'Connor is overdue a larger audience for her carefully crafted fiction that gut-punches the reader with its honesty and emotion.’
-Sunday Business Post

‘This accomplished novel is deftly structured… a lyrical and thoroughly readable novel with a compelling storyline.’
-The Irish Times

‘O’Connor’s fictional portrayal of the great American poet … is fascinating. A satisfying read.’
-The Irish Examiner

‘Miss Emily is the best historical novel by an Irish writer in many years.’
-Evening Echo Ireland

‘A beautifully imagined account of an unlikely bond.’
-People Magazine

‘1800s Massachusetts comes to life, awash in rich period details and scenery, complete with a trip to the circus and lugging chamber pots up and down stairs. .. O’Connor does a beautiful job giving Ada a role as witness to Emily Dickinson’s life … making Ada’s chapters as linguistically alive as Dickinson’s.’
-The Rumpus

‘Miss Emily is mesmerizing from its first pages, a feat made possible only by the pen of a writer of immense talent who connects with Dickinson. She writes from the poet’s perspective with utter confidence, without cliché and with the same love of words.’
-Linda Diebel, the Toronto Star

‘Intriguing . . this tender novel reveals [a] growing friendship. O'Connor takes readers deep inside the 19th-century Dickinson household. But she also has a bolder mission--to capture and explore the inner world of a secretive and mysterious genius.’
-Shelf Awareness

‘Revelatory… a moving and often engrossing tale of the bonds of friendship, the power of language, and the intricacies of the human heart.’
-Irish America Magazine