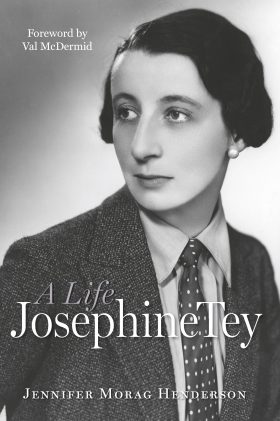 At one point, she had plays on simultaneously in the West End in London and on Broadway, and even wrote for Hollywood – all from her home in the north of Scotland. 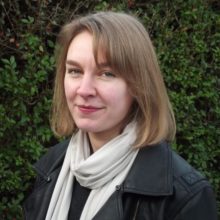 Jennifer Morag Henderson has had articles, short stories and poems published in magazines and anthologies, including Riptide (Two Ravens Press), Northwords Now, The Dalhousie Review, Gutter, by the...

‘The biographer reveals the moving story of Elizabeth MacKintosh’s life with tact and superior investigative tenacity.’
-The Wall Street Journal

‘Jennifer Morag Henderson presents us with an intelligent, industrious and interesting woman who knew her own mind. She has written a sympathetic, well-researched biography...’
-The Times Literary Supplement

‘The playwright and author Jennifer Morag Henderson has taken on the Alan Grant mythbuster role and written a full-length biography, the first of Tey to appear.’
-The Telegraph, Best Books of 2016

‘It strips away a lot of the myth surrounding Mackintosh; and it also tells the moving story of a major leading Scots writer for whom the detective novel became “a medium as disciplined as any sonnet”.’
-The Observer, Best Biographies of 2015

‘The life of one of the great golden age crime writers is granted a forensic examination in Josephine Tey.’
-The Independent, Best Crime Books of 2015

‘Her biography is scrupulously researched, narrated with sympathy and full of information previously not readily available. It reads like a labour of love.’
-Literary Review

‘In Henderson's loving, meticulously-researched book we have a first and vital account of that life...hugely valuable to anyone who cares about the story of writing in Scotland, what it has been, how it has changed, and where it may go next.’
-The Scotsman

‘This is the first biography of Josephine Tey and Henderson goes through the few facts of Mackintosh’s life with a forensic thoroughness and finds no secrets lurking. Henderson here pays important tribute to a mind boiling with creativity that came to fruition in the ordered habits of a quiet life.’
-The Oldie

‘Henderson is an Invernessian herself and she seems to take MacKintosh’s neglect personally. In the age of Google-aided, instant biography it’s a pleasure to read one that is the product of time, care and passion.’
-The National

‘A book which, by foregrounding the life and work of a writer who should never have been neglected, deserves the widest of readership.’
-Andrew Hook, Scottish Review

‘Sterling, superb, and all manner of superlatives -- this book is a must-read for anyone even remotely interested in Josephine Tey. Henderson has done an invaluable service to Tey fans everywhere through her meticulous research...there's so much here about this woman's life that frankly, if you're a Tey reader, you will not want to miss a single word.’
-Crime Segments

‘Absorbing first biography of the crime and mystery writer.’
-The Bookseller

‘This is an interesting read and it was good to add some meat to the bones of this elusive writer.’
-Crime Squad

‘[Tey] was in danger of being forgotten before the publication of a new and comprehensive account of her life and work.’
-Celtic Connection

‘Jennifer Morag Henderson's is the first full biography of this enigmatic and original writer. Painstakingly researched, Henderson is keen to place Tey firmly in the canon of modern Scottish literature, a status never given to her in life.’
-Ricardian Bulletin, magazine of the Richard III Society

‘A much needed biography of one of the great mystery writers of the twentieth century. ‘Josephine Tey’ is also a well-kept secret in Scottish Literature: a forensic stylist and the most elegant of minds.’
-Professor Gerard Carruthers, University of Glasgow

‘This biography by Jennifer Morag Henderson is to be warmly welcomed and will be read eagerly by anyone curious about Josephine Tey, modern theatre, crime genre fiction, women’s writing, or Scottish literature, in all its multi-faceted complexity.’
-Professor Alan Riach, Scottish Literature, University of Glasgow