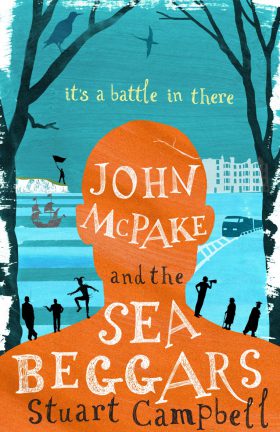 ​John McPake and the Sea Beggars

John McPake, a former teacher, has a diagnosis of schizophrenia. Soon after his marriage fell apart he started hearing voices and eventually moved into an Edinburgh hostel for men with enduring mental health problems. An earlier obsession with the works of Breughel develops into a full blown delusion, and he assumes the personna of Johannes, a 16th century Dutch weaver who travels with his friends, Balthazar and Cornelius, in pursuit of his son who has been abducted by the Spanish mercenaries; an echo of John's real life quest to be reunited with his brother. People with a diagnosis of psychosis often hear multiple voices. To the hearer the voices are as real as if they were listening to someone standing next to them. The voices, often unpleasant, can have completely different characters. John's voices jostle and bitch with each other for the right to tell his story. 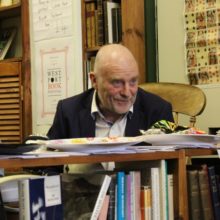 Stuart Campbell has worked as an English teacher, Advisor, Communications Lecturer, Education Manager and Consultant in the Lothians for longer than he cares to remember. He is now gainfully...

‘A dark, comical story of seeming no-hopers which moves seamlessly between modern day Edinburgh and 16th Century Holland and opens up the world of those who struggle through life labelled as mentally ill to comic and touching effect.’
-Jo Brand

‘A gripping and original read that also manages to address the extreme impact that personality disorders can have.’
-The Scottish Field

‘The central thread of the story always holds firm. We never lose sight of his humanity, or his need for dignity and self-determination.’
-The Herald