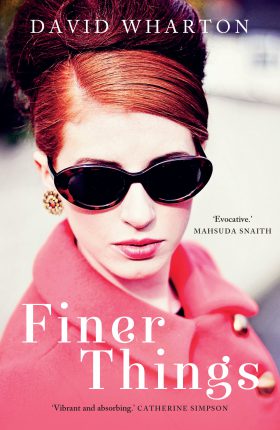 London: 1963. The lives of a professional shoplifter and a young art student collide.

Delia must atone for a terrible mistake; Tess is desperate to be a real artist. With the threat of the criminal underworld encroaching, only their friendship can save them from disaster. 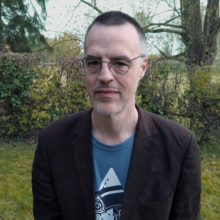 David Wharton grew up in Northumberland and lives in Leicester, where he has worked in education for many years. He now divides his time between writing fiction and training English teachers. Finer...

‘A vivid, atmospheric read which is as much an examination of the difficulties of creating your own life as it is a story of crime and possible redemption.’
-i Newspaper, Best Crime Books for 2019

‘Strong characters and a vivid recreation of the times.’
-The Herald

‘Vibrant, absorbing and bursting with the unexpected, Finer Things is a sideways look at 1960s London, in which art school bohemia meets the gangster underworld. It is full of spot-on observations about the subtle power play in human interaction. I was immediately drawn into its vivid world.’
-Catherine Simpson

‘David Wharton's novel unfolds with all the style, pace and drama of a British New Wave movie. It is a very fine thing indeed.’
-Jonathan Taylor

‘Utterly captivating... Absolutely hilarious, this is a rich and fulfilling story that leaves you eager for more. Wharton’s writing style is oozing with eloquence, wit and nuance.’
-Chiara Bullen, CommonSpace

‘A vivid, satisfying walk through sixties London.’
-The Wee Review