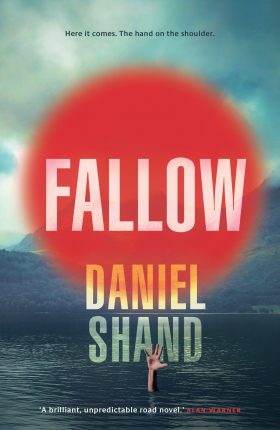 WINNER OF THE BETTY TRASK PRIZE 2017

At the heart of this tense and at times darkly comic novel is the relationship between two brothers bound by a terrible crime. Paul and Mikey are on the run, apparently from the press surrounding their house after Mikey’s release from prison. His crime – child murder, committed when he was a boy. As they travel, they move from one disturbing scenario to the next, eventually involving themselves with a bizarre religious cult.The power between the brothers begins to shift, and we realise there is more to their history than Paul has allowed us to know. 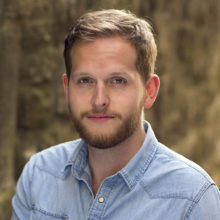 Daniel Shand was born in Kirkcaldy in 1989. He lives and works in Edinburgh, where he teaches at Edinburgh Napier University. His debut novel, Fallow, was published in 2016. It won the Betty Trask...

‘A terrific achievement. Taut and tense...’
-The Guardian

‘Daniel Shand’s debut is a brilliant, unpredictable road novel, curdled through with a unique descriptive lyricism. My Book of the Year...’
-Alan Warner

‘The shifting relationship between the brothers is deftly and intelligently explored and developed. Shand coolly presents us with the disintegration of a personality. He does so with considerable skill and daring. Piercing psychological study. ’
-Allan Massie, The Scotsman

‘There are grim portents of disaster from the very beginning, and we can only look on in horror as Paul’s skewed judgement gets them deeper and deeper into it, despite his belief that he’s the sensible one of the pair. Fallow is a tense and suspenseful road trip to damnation which, although it takes an unexpected turn involving a religious cult, doesn’t loosen its grip for the entire duration.Talented Scottish crime writers have been emerging all over the place in recent years, and the Kirkcaldy-born Shand is a welcome addition.’
-Alastair Mabbot, The Sunday Herald

‘This should herald an exciting new name in Scottish literature, one who has the reader’s experience clearly in mind and is willing to thrill and disgust in equal measure.’
-The Skinny

‘On this evidence, Daniel Shand is one of the most exciting, talented young writers currently at work in these islands - to say "one to watch" would be an understatement.’
-Rodge Glass

‘I'm a sucker for a well-handled unreliable narrator - and this is the best one I’ve read in a while. Bleak; funny; alarming;sad; it works on so many levels, managing to be at the same time a road trip through Scotland, a modern Biblical parable and a tense psychological thriller with echoes of Iain Banks and Cormac McCarthy. The narrative voice is distinctive without resorting to caricature, the undercurrent of violence never seems gratuitous, and the payoff is perfectly-handled and nicely, darkly unsettling. More literary than most in the genre, and yet as compelling as they come, this is one for everyone who likes their main course of words to come with a generous side of story.’
-Joanne Harris, author of Chocolat

‘As the relationship between the two brothers is revealed as the novel progresses, the reader is drawn into their uncomfortable predicament and Shand does an excellent job of portraying both their characters, especially Paul.’
-Nudge Books

‘In this intriguing, atmospheric debut by young Scottish writer Daniel Shand, brothers Paul and Mikey Buchanan have gone on the run. Fallow is best taken as something of a fever dream, a creation of the imagination, and as a first novel it represents achievement as much as promise; the characters are richly drawn, and the clammy mood of impending disaster kept me turning the pages. ’
-The Journal of the Law Society of Scotland

‘Fallow is compelling, convincing and incredibly accomplished. At times it is unflinchingly violent, yet there is a compassion and vulnerability woven into the madness. Chilling and powerful, Daniel Shand is a talented new author, certainly one to watch.’
-Random Things Through My Letterbox

‘This was a thrilling debut novel, and I’ll be watching for more from this author.’
-The Book's the Thing

‘As a reader, I felt like a voyeur, gazing at the troubled relationship and journey of Paul and Michael. I almost had a sense that while reading it – I was watching it play out scene by scene in front of my eyes; I got a sense of Irvine Welsh (without as much swearing) in terms of a real “avant-garde” overview...’
-Chapter in My Life

‘The relationship between the brothers is skilfully drawn and believable and the little details added about the trials of their everyday existence add an authenticity to the narrative. Clever and compelling, there are shades of Iain Banks’ Wasp Factory here.’
-Alison Williams Writing

‘If you want something that is totally different to current books on the market then this is it. The story is absolutely fascinating, mysterious and creeps around you so that you can’t escape until it ends.’
-Books From Dusk til Dawn

‘A fantastic read and Shand has impressed me with his story telling skills...’
-Published Moments

‘There is much more to these two nefarious brothers than meets the eye...’
-Too Full to Write