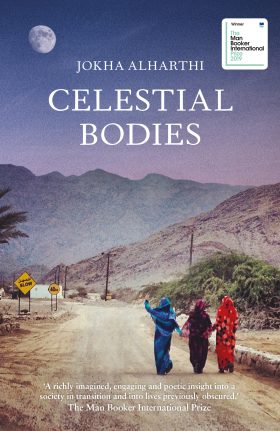 Celestial Bodies is set in the village of al-Awafi in Oman, where we encounter three sisters: Mayya, who marries Abdallah after a heartbreak; Asma, who marries from a sense of duty; and Khawla who rejects all offers while waiting for her beloved, who has emigrated to Canada. These three women and their families witness Oman evolve from a traditional, slave-owning society slowly redefining itself after the colonial era, to the crossroads of its complex present. Elegantly structured and taut, Celestial Bodies is a coiled spring of a novel, telling of Oman’s coming-of-age through the prism of one family’s losses and loves. 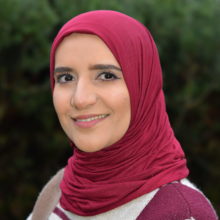 Jokha Alharthi is the first Omani woman to have a novel translated into English, and Celestial Bodies is the first book translated from Arabic to win the Man Booker International Prize. Alharthi...

‘A richly imagined, engaging and poetic insight into a society in transition and into lives previously obscured.’
-The Man Booker International Prize judges

‘“Celestial Bodies” is itself a treasure house: an intricately calibrated chaos of familial orbits and conjunctions, of the gravitational pull of secrets.’
-The New York Times

‘Alharthi, who began writing the novel while homesick in Edinburgh as she completed her Ph.D. in classical Arabic literature, pushes past stereotypical narratives of Muslim women defying patriarchy, instead illustrating the difficulties of balancing tradition and newfound freedoms. It’s a tale that perhaps could have been written only in a strange new place’
-TIME

‘A gorgeous, heart-wrenching story you won't want to miss out on reading.’
-Bustle

‘The novel rewards readers willing to assemble the pieces of Alharthi’s puzzle into a whole, and is all the more satisfying for the complexity of its tale.’
-Starred review, Publishers Weekly

‘Brings a distinctive and important new voice to world literature.’
-The Irish Times

‘Booth has brought alive and captured the many styles and spirits of the myriad characters that come together in this novel, as well as the idiosyncrasies of the Omani culture that Alharthi has captured so magically in her sensitive and original work.’
-Banipal

‘Blends the rhythms of daily life with magic and legend.’
-Muhammad Barrada

‘Alharthi has a strong narrative gift, transporting the reader into all the intimacies of a close-knit family group.’
-The Bay Magazine

‘The clarity and distinctiveness of the voices, the vivid dance between poetry and prose, opens up a world where the weight of the past cannot be ignored. A triumph of translation’
-Ariel Kahn

‘Finished it in a couple of sittings, addictive, compelling, informative and completely fascinating to read! Definitely recommend it, fingers crossed it appears on the short list too.’
-Fiona Sharp, Independent Book Reviews

‘Well written and multi-faceted, as every book long-listed for the Man Booker International Prize ought to be.’
-Dolce Belleza

‘Delivers the reader immediately into the world of the marginal, forgotten, most subaltern sectors of society.’
-Ibrahim al-Hajari